A new milestone in the history of the Bit2Me token: the B2M utility token smart contract is now deployed on the Ethereum mainnet 🎊, under this address and using the ERC-20 standard. With this new step, Bit2Me continues building the future of its new products and services, as well as starting with the deployment of the B2M ecosystem and all that it means for HODLers.

Schedule your purchase for phase 3

The B2M smart contract has been a lot of hard work in which we have put all our efforts and attention to detail. An effort that has paid off in the two audits carried out by Dekalabs and CoinFabrik, who have reviewed the smart contract and confirmed its high quality, following the current development and security guidelines.

Relevance of the deployment

The deployment of the smart contract for the B2M token marks the beginning of the construction of the B2M ecosystem. Thanks to this, we can issue the token and start allocating them to the participants of the B2M ICO, depending on the phase in which they have participated. In addition, it is worth noting that the B2M ICO has been the biggest ICO milestone in Spain, selling in record times both Phase 1 (59 seconds) and Phase 2 (47 seconds) and an accumulated amount of more than 15 million euros. 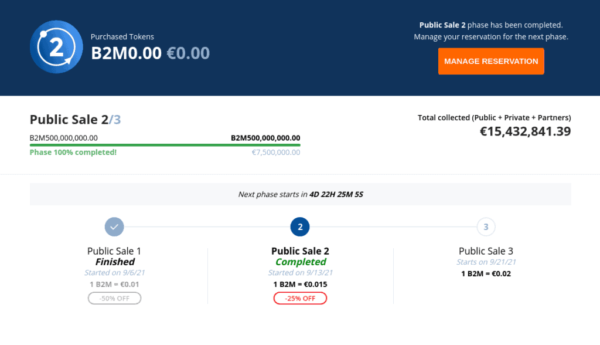 On the other hand, the official deployment of the smart contract means that the entire community will be able to see and review it publicly within the Ethereum network, which means greater confidence in the project. It is also a way to prevent malicious projects from using the B2M name for their actions, as the official contract will be publicly accessible from the official information sources on Bit2Me.

Other projects in the DeFi world can use the smart contract to design their own B2M token spaces, such as the listing within Uniswap, SushiSwap, AAVE, Bancor, among other protocols. This will also allow starting the deployment of new services such as Bit2Me Earn or Bit2Me Loan that many in our community and HODLers tokens are waiting for.

B2M token, one step closer to the goal

With the rollout of the B2M token smart contract, HODLers can be sure that the token will reach marketplaces. As of 1 November, the token can be purchased on Bit2Me and Bittrex, just like any other cryptocurrency. In addition, it also guarantees that it can be acquired in decentralised spaces.

This means that B2M will be one step closer to its goal: to boost the development of Bit2Me and its solutions while offering incentives to its HODLers to participate in the ecosystem. B2M will be one of the pillars for the construction of a whole new range of services foreseen in our roadmap. A roadmap with which we want to become one of the major crypto benchmarks in Europe, Latin America, Africa and the Middle East. 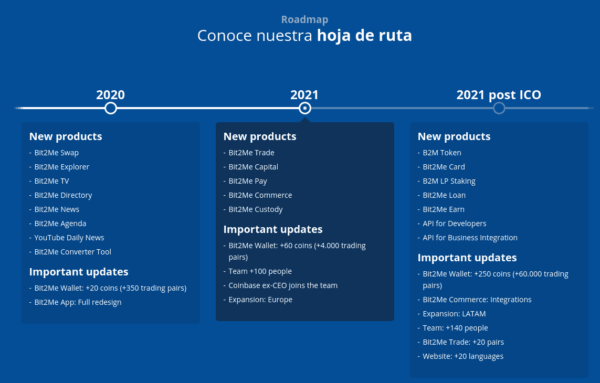 All the details of the roadmap here

This is the first step of the new B2M ecosystem, the largest token in the history of Spain, and marks the beginning of a journey that will bring many interesting things in the future. Will you join us?