How much electricity does Bitcoin consume? ⚡️ The truth behind the controversy

From Bit2Me, as part of the crypto community, we want to clear up the doubts and uncover the myths surrounding this issue.

Why does cryptocurrency mining consume so much energy?

Cryptocurrency mining is an activity that consumes large amounts of energy. The reason for this is that it requires very powerful computing equipment. In fact, the more powerful they are, the greater your chances of making a profit, and therefore, the greater your need for energy. 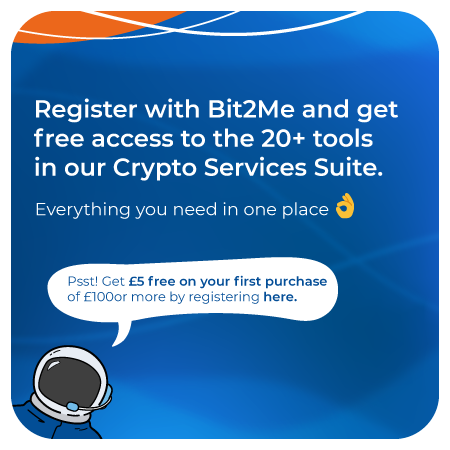 This working model is possible thanks to the consensus protocol known as Proof of Work (PoW). Basically, this protocol requires certain nodes to do a very specific job. This job is the creation of the blocks that will form part of the blockchain. These blocks are a packet of basic information that allows the transactions that take place on the network to be included, validated and executed.

This may sound like “easy work”, but nothing could be further from the truth. In fact, creating a block requires a lot of computational power and this is very good for a powerful reason: requiring a lot of computational power ensures that the information in the blocks cannot be altered. So, you can be sure that the more computing power a PoW blockchain has, the less likely it is that the information in it can be manipulated. This is a very powerful security measure, so much so that Bitcoin (the most powerful network) has never been able to manipulate the information that is part of its blockchain.

Achieving such power comes at a cost. Firstly, specialized machines known as ASICs are needed to reach these levels of computational power. And secondly, those same machines consume a lot of electrical power. This creates a “cascade effect”, where the more power we connect to the blockchain network, the more electrical power we use. However, there are also many factors that affect this relationship, and this is where we begin to debunk the myths and FUD (Fear, Uncertainty and Doubt) that have been created about cryptocurrencies and their energy consumption.

The most widespread myth attacking cryptocurrency mining is that it simply wastes energy without contributing anything else. This, as you will see, is completely false due to several points:

Therefore, to call cryptocurrency mining “just an activity to waste energy” is to ignore all of this.

Another false claim against mining is related to its high degree of pollution, all based on its high energy consumption. This is perhaps the weakest claim against cryptocurrency mining, because if we compare, the energy and pollution impact of Bitcoin is by far the lowest compared to other industries.

For example, the international banking system alone (not counting its related activities) consumes almost 300 TW/hr of energy per year, 2.5 times more than Bitcoin. The contradiction of the situation is that it is precisely the banks that most attack cryptocurrency mining as “wasteful polluters”. Unfortunately, we cannot know how much energy the international banking system spends, as tracking all its related activities is complex. For example, how much energy is spent globally cutting down trees, processing paper money, printing, mining metals, creating coins, and then transporting banknotes and coins around the world?

However, we can provide you with other interesting facts about energy consumption and pollution. For example, have you ever wondered how much it costs to get the aluminium out of that can of soda you like so much? Or the aluminium out of the bicycle you ride? Well, you might not be happy to know that this activity is 10000 times more energy consuming, and that’s not counting the final transformation of the element. Not to mention the mining and environmental impact that this activity has on the planet and the region where it is carried out.

At this point, one thing is clear: each product or service has its own energy and environmental footprint. In this case, cryptocurrency mining has a significant footprint, but even so, there are much bigger giants. Of course, you will never see this in the big news. But in any case, it is our duty as a community to look for solutions to really minimize this problem.

Perhaps the most apocalyptic (and most false) myth created against mining. In fact, it is not uncommon to see news reports where statements such as “each BTC has an emission of 126 tons of CO2” are made. It has even been said that CO2 emission reduction targets will be missed because of mining. The truth is quite different, and there is a solid reason for this: 73% of the energy used to mine Bitcoin is renewable and CO2 neutral. This data was provided by a report conducted by CoinShares in 2019, and of which we at Bit2Me keep a well-guarded copy.

In fact, this claim is so false that it falls apart at the slightest review and here we prove it to you:

If we know that 73% of the energy used in Bitcoin is carbon neutral, then of its annual 130 TW/h of energy, only 35.1 TW/h has a carbon footprint. Measuring that footprint is as simple as using this formulation created by AVERT in the US. The formulation states that:

Thus, substituting the energy value of these 24.3 TW/hr per year of energy we have:

That means that each BTC has a carbon footprint of about 76 tonnes of CO2: 50 tonnes less than many media claim. That’s still a lot? Yes, you’re right, but most mining farms are actively working to avoid this in a very simple way: by creating their own renewable energy supplies or using already built ones. In fact, a very curious fact can be seen in the provinces of Sichuan and Xinjiang. These provinces account for about 50% of Bitcoin’s mining hash, and in these provinces, more than 80% of the available energy is renewable (hydroelectric).

In this sense, Bitcoin mining seeks the path of lower emissions. And this is natural, because the cost of producing 1 kW/h of energy using coal or gas is more expensive than using hydroelectric, wind or solar power. In the long run, it is even cheaper per kW/h of nuclear than any of the fossil options. This makes one point clear: Bitcoin won’t miss CO2 reduction targets, delaying the arrival of electric power and torpedoing nuclear power will.

Myth #04: Bitcoin and its mining consumes energy for nothing

Another false claim about Bitcoin and its mining is that it doesn’t actually generate anything. They base this accusation on the fact that Bitcoin has no real value and is not supported by anything – in fact, they argue that all we see on the blockchain are random, unimportant numbers and letters. In short: the mining work is meaningless and all that energy is wasted.

The truth is that Bitcoin mining serves to keep the network secure, a trust that ultimately translates into enormous value for its currency, because there is confidence that once a transaction is made on it, it cannot be erased or manipulated in any way. The latter is a confidence that the international banking system cannot offer with the current system.

In contrast, something that many people take for granted is actually a serious energy problem that does nothing. You will probably be surprised to learn that the “Standby” or “Sleep” modes of many current electronic devices are actually responsible for a huge share of electricity consumption globally.

For example, a TV in Standby mode consumes on average about 5 W/h of energy on average and about 43.8 kW/h per year. If we multiply that value by about 1.8 billion TVs worldwide, we have a total of 78.84 TW/h of energy per year actually spent on nothing. That’s more than half of the Bitcoin network’s consumption. And that’s just the tip of the iceberg. If we take into account that the average annual waste of a household is about 500 watts/h, we have that 7884 TW/h of energy is lost annually. That is 60 times more than the consumption of the Bitcoin network. And that is an estimate that does not take into account certain facilities of modern life such as coffee machines, electric cookers, refrigerators, air conditioners, heaters, routers or modems, among others.

The reality of Bitcoin and other cryptocurrency mining energy consumption

Elon Musk or any great personality in the world may say that Bitcoin wastes energy. But, by comparison, Bitcoin makes efficient and valuable use of the energy it uses. They may even point to Bitcoin as environmentalist hell itself, but the reality is that there are far more serious energy problems on a much larger scale than Bitcoin can represent.  In any case, the media is like the ostrich, only sticking its head out of the hole when it suits them or simply to destroy a target, and in this case, the target is cryptocurrencies and their mining.

But we understand why they do it. After all, attacking the root of the global financial system, that system that gives economic power to curtail our freedoms, is something that scares them. Because seeing the masses free and economically independent is their worst nightmare. While as a community, we can only advocate for one thing: keep mining Bitcoin and cryptocurrencies.  All the while expanding our community and proving that even with those “excessive energy consumption” problems, cryptocurrencies can evolve. Furthermore, to show that “mining” and “energy sustainability” are not opposing words. And, therefore, a much better and open world can be created by following this path.